Since the advent of fashion, the fight between parents and their daughters’ clothing choices has persisted. Newer generations are more open to the garments that are considered admissible to wear as opposed to the previous generations. In 1950s moms were shocked to find their daughters accept men’s jeans as a clothing item to adorn themselves in. In 1980s, parents could not stomach the fashion choice of shredded jeans and jackets. The dispute is not really over the clothing choices as such, rather on where the decision making power really resides. This article helps you as parents to steer the argument to your side by giving you seasoned tips on how you can impact your teen’s clothing choices.

Shift your daughter’s attention to the society’s take on female clothing choices and, then, let them decide for themselves.

Have a conversation with your daughter on how women are perceived by the male eye in the society. Point out to them that the female entity is sexualized in general and some teenage girls’ clothing choices reflect an assent for this sexual objectification. Since teenagers are impressionable and are still in the process of developing the ability to consider other options, teenage girls unknowingly may make certain choices that are aligned with how they are treated by the society at large. To make them own a self-defined sense of clothing, bring their attention to questions such as: “What differences do you feel exist in clothing for men and women? What do these differences reveal about the society we inhabit?”

Teens are vulnerable to the portrayal they come across on the media. Faced with cultural icons such as celebrities, movie stars, models, social media personalities and others who sport sexualized attire, they find such clothing to be the epitome of style and class. If powerful women all don such garments, why shouldn’t they do the same, they ask themselves. After all, they want to be in the same position as these media icons. It comes to us from the social norms theory that pervasive visual manifestations of fashion come to dictate what’s fashionable, although it may not be reasonable. Teens feel this is the normal way of dressing as it seems so prevalent and bold. They can, however, be explained that many people who have success and power resort to an individualized sense of fashion, rather than follow the norm to appear sexy. A question that can make them consider their fashion choices can be: “What’s better to do: dress up like the rest of them or appear unique?”

It’s the people behind the scenes who create the fashion choices that become acceptable. However, they can’t be held responsible, for they, as marketers, are in the business of selling. They know what sells and, apparently, sex sells very well. Let your teenagers know that if they buy into the visual portrayals on promotional material related to fashion marketing, all they are doing is letting the marketers decide for them. Have discussions with them regarding the pernicious influence of fashion marketing such as perpetuating negative beliefs about body image. A way to enable your teen to not be deceived by marketing is to take a walk with them in a mall and show them the posters that can be convicted of sexualizing people and clothing choices.

Steer the discussion away from the admissibility of clothes to their practicality or effectiveness.

Change the Definition of Appropriateness

Do not restrict the meaning of appropriate as it relates to clothing to something that is not sexualized. Rather, treat it as something that is practical and suitable in a given context. While attending a class at school, they are there for seeking education so a figure-hugging dress would certainly not work. An evening party is a different occasion altogether for such a dress.  If they need something to wear while they exercise, show them the benefits of clothing that helps them achieve their purpose: exercise in the most effective way. So, enhance functionality of clothing over and above its modesty.

Aid the teens in Finding Their Self-Expression

Talk to them about garments that help them define themselves clearly. They need to find such clothing that is the best form of expression of their individualized being and makes them feel pleased with themselves. You can assist her find the right clothes that make her declare: “This is so me.” Two benefits of having your teen discover their self-identity through their fashion choices are boosted self-worth and improved body image.

Enlighten Them on Enclothed Cognition

Enclothed cognition comes to us from the world of psychology. It relates to the impact of clothing on the psychological state of the wearer. So, putting on track pants and a tank top will change the frame of mind to a one suited to exercising. Similarly, getting extra-ready for a date signifies a boosted level of confidence. Appearing at a party in a costume will help us act in an unrestrained manner. Uniforms get us in the mood for work.  Surprisingly, an experiment revealed that participants when made to pretend that their frocks were lab coats performed better on a test. So, attire can regulate the wearer’s mental states and thereby, translate into improved work outcomes. Let your kids know about this and help them choose the relevant clothing that allows them to perform to their best.

Don’t squabble over a piece of clothing with your daughter in a mall. Go over these guidelines to keep away from any possible disagreements.

Keep Your Anger in Check

You may be ticked off by your daughter’s dress. Nonetheless, keep your anger to yourself and choose to have a conciliatory tone while talking to them. Don’t dare let them feel shamed, if you do not want them to go out of the way to be disobedient and confrontational. While in the mall or a shop together, support their choices as much as you can and rely on these principles to influence them. You could say: “This clothing choice definitely isn’t something I would wear. I may even feel a little hesitant around you while you had this on. But the decision is yours to make.”

Be Strategic About It

You have to respect what they choose to wear and how they choose to express themselves. Nevertheless, some clothing choices may simply be too much. How do you convey it to them? Don’t worry, you don’t have to outrightly explain that it may be too vulgar or it may not be right for the occasion it is being bought for. You can use a strategy like a veto system. The veto system will allow you and her to decide on a clothing item on a mutual agreement between the two of you. So, if she likes a clothing item which you don’t like that clothing item will not be bought and they have the same power to veto a clothing choice of yours. If they really liked a clothing item that you didn’t like, you can remind them that buying it is dependent on reaching agreement from both sides.

No matter how you  may wish that your teen wore something decent, a defiant teen will probably make their own decisions on what to wear – they can switch to something of their liking once out of home to blend in with their peers. There is no benefit in taking a hard stance on revealing clothing choices because the more you enforce something on them, the more likely it will be for them to choose as they please. Remember do not scold them for deciding to buy something against your will. Rather, offer to buy the questionable item in exchange for something that truly reflects them as an individual. Involve values that have been taught to them as a child in their clothing decisions. Make them consider the lessons and morals you have inculcated in them and have them question if their dressing is in line with their true personalities.

Good Luck Sorting It Out!

Many of you must feel overwhelmed having to care about your daughter’s clothing choices. Also, in the past, your efforts to control them would not have borne fruit. Be mindful that you must not prohibit their decisions, but instead bring their attention to the message conveyed by what they choose to wear. This can be more effective in making them consider their clothing choices. After all, why wouldn’t they want to feel they are truly unique in their style sense and that their taste in fashion is a true representation of their identity?

Andy Earle is a researcher who studies parent-teen communication and adolescent risk behaviors. He is the co-founder of talkingtoteens.com, ghostwriter at WriteItGreat.com, and host of the Talking to Teens podcast, a free weekly talk show for parents of teenagers. 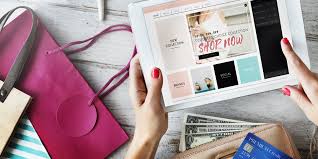 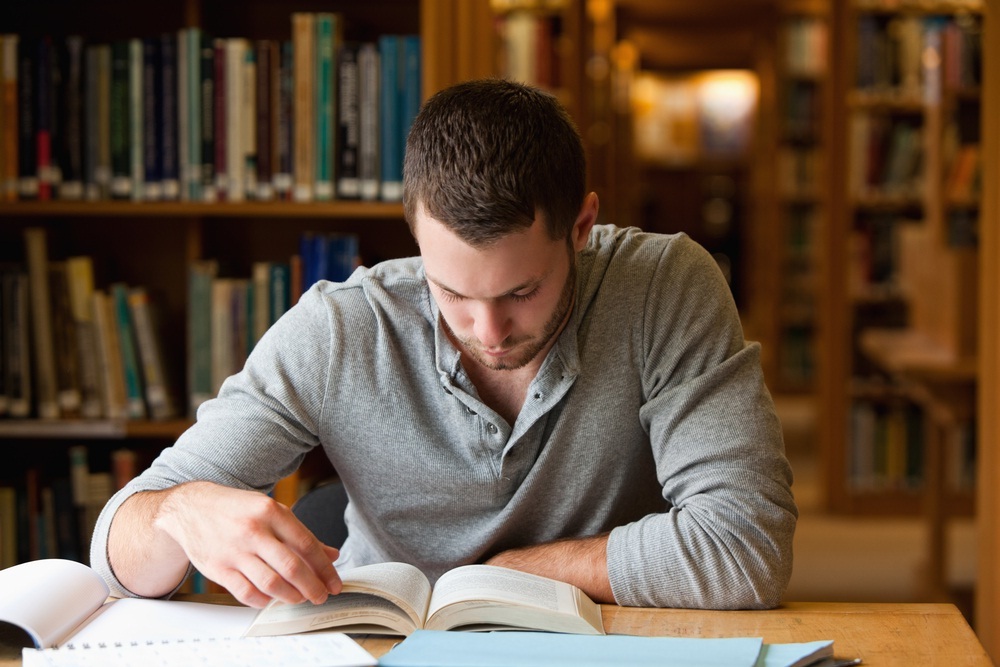 27 Nov 16 Calvin Russell
If you have a career in business, finance, or management in mind and you’re hoping…
Education 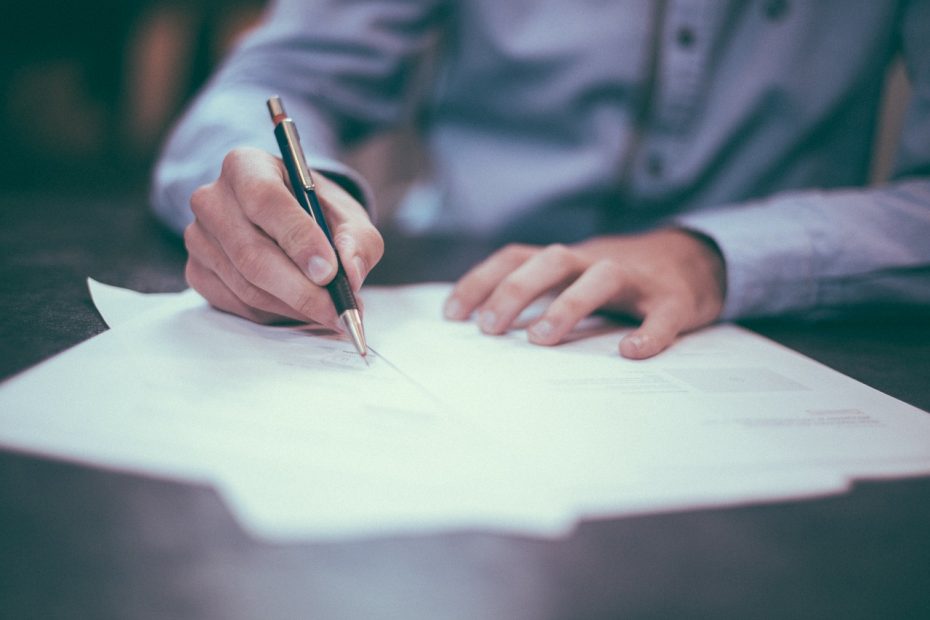